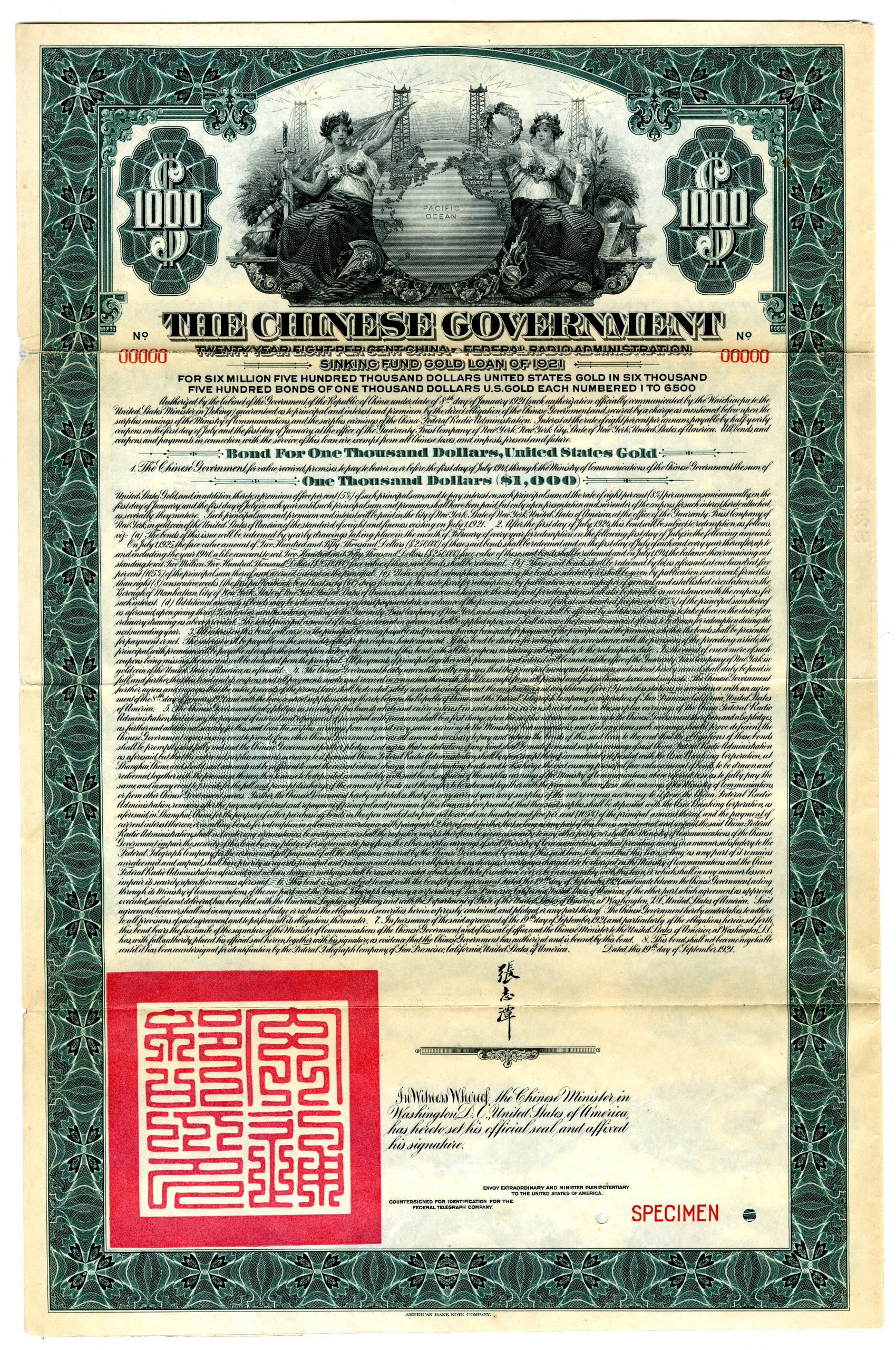 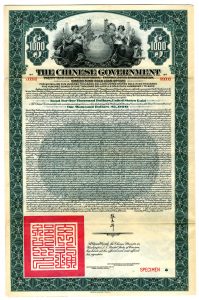 previously unseen bond of the Chinese Government appeared n the recent Archives International auction in New Jersey. It was a specimen $1000 bond of the proposed 1921 20-Year 8% China – Federal Radio Administration Sinking Fund Gold Loan. Not mentioned by Kuhlman. Listed by Kann in 1931.
Contract signed in in January 1921 for a $6,500,000 loan for the installation of wireless stations on behalf of the Federal Telegraph Company of California.
There were immediate protests from the British and Japanese legations on behalf of Marconi (British) and Mitsui (Japanese) companies who had already signed contracts for wireless installations. The American Government refuted the protests as did the Chinese Government.
However in September 1922 a new corporation, The Federal Wireless Company of Delaware was incorporated to take over the contract. NO work was done as discussions as to the validity of the contract continued well into 1930. It is doubtful whether this loan was ever issued. The piece sold at $5,500 plus 20% premium.